The very first state lottery of Pennsylvania was established in Act 91 of 1971, with an intention to provide property tax relief to people of 65 years of age and above. It also intended to control the number of illegal gambling acts that was rising in the state. The law also mentions the method of selling tickets, commercial advertising, and distribution of prizes. The passing of the law eventually led to the establishment of casinos from the 1980s, starting from the Pocono Mountains Resort Area. Initially, Pennsylvanians were against the idea of establishing the casino because of the general perspective on gambling, which was corruption and criminals. Again in the 1990s, there was pressure from gambling supporters to establish riverboat gambling, hoping it would bring more money into Pennsylvania. But again, economic experts and social scientists believed it would only generate crime and cost the state lots of money. 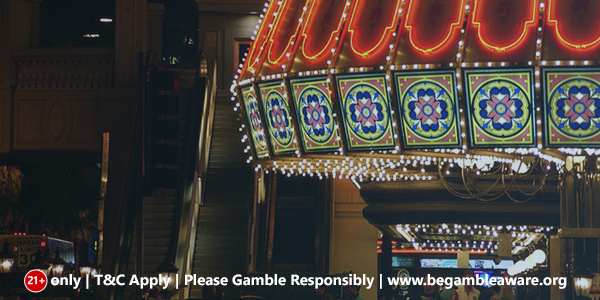 Finally, in 2004, Act 71 called, the Pennsylvania Racehorse Development and Gaming Act, was passed legalizing the practice of gambling. This act established the Pennsylvania Gaming Control Board, legalizing casinos and racetracks within the state. The state authorities believed that with the introduction of the horse racing industry, it would bring new job opportunities and money into Pennsylvania. According to the law, the revenues garnered by the machines and tracks would provide property tax relief, various horse breeders in the state, local governments, and other funds established by Act 71. In the first year of its operations, seven casinos produced revenues of over one billion dollars. The passing of Act 71 opened new paths for more gambling legislation in Pennsylvania.

There are many blind assumptions and myths of the Pennsylvania law on casino nights. Here are some of the aspects of the law that you must know and understand.

Customers or gamblers should be aware that gaming with real money is only possible at casinos. This means that selling of casino chips or redeeming it for anything, like raffle tickets, is not allowed by any means. A lot of people assume this strategy is actually prevalent in the industry and use it for a casino night fundraiser, but it is not. Performing any such kind of acts is considered illegal and against the Pennsylvanian law. When a casino sells chips to its guests, or exchange the guests’ winning chips to raffle tickets, it is automatically considered as an infringement of the Pennsylvania gambling law. Additionally, when guests use their winning raffle tickets for a chance to win items on Chinese Auction, it is also considered as breaking the law.

Unlike some other states, the Pennsylvania state stands firm on its belief and viewpoint on what gambling is all about, defining it by three elements – consideration, chance, and reward.

By consideration, it refers to the fees that we pay for the casino chips or to play at the casino. Chance refers to the cards, the wheels, and the dice and reward refers to anything that we win of value.

Thus, in simple terms, the organizer of the event cannot charge the chip or allow trading the guests’ gaming chips for raffle tickets, prizes, or anything of value. The casino games at a fundraiser can only be played as a part of the entertainment and fun.

The staffs at the Elite Casino Events is entirely filled with highly trained professionals, who strictly follow the laws of the casino night entertainment. Thus, customers and players need to understand and respect the casino night gambling regulations and abide by the laws.

Any cookies that may not be particularly necessary for the website to function and is used specifically to collect user personal data via analytics, ads, other embedded contents are termed as non-necessary cookies. It is mandatory to procure user consent prior to running these cookies on your website.